Dream Walkers in the Age of COVID-19

Rolling into last year from a relatively easy going 2019 we were all caught out by the chaos and mayhem which rose and dumped on us like a Tsunami. Unprepared and ill equipped we rode the swirling currents of plague, financial devastation, and social collapse; some dragged under and most barely keeping our heads above water.

In mid-February, after the devastating bushfires and before COVID-19 was regarded a serious problem, I took a drive from my home on the Mornington peninsula, Victoria to southern New South Wales to pick up my wife’s birthday present. In mid-2019 my son had moved out of home, taking Eddie his Labrador. Both Angela and I are dog people and following the deaths of our aged cocker spaniel and kelpie, Eddie filled a yawning chasm in our lives and is much loved by us all. A few moths after his departure from our home the chasm’s cracks again began to appear and we each longed for a new four-legged (plus tail) companion. What better birthday present? I could gift her half a dog. I’d look after the half you feed, and she could have the back half.

Initially I looked at mature and abandoned dogs, but the animal welfare agencies were stocked predominantly with aggressive looking dogs with titles like Bull Arab, Bull Terrier and Mastiff which were not our cup of tea. If you did stumble over a Labrador or Kelpie they were adopted before you completed the exhaustive multi-page, online application which needed to be submitted for each. At prices around $4,000 pups in the breeds we loved were financially out of the question.

Having virtually given up on the idea I was one afternoon flicking through ads on a well-known online marketplace when the most beautiful pups I’d ever seen appeared. Snow white fluffy coat with a jet-black nose, and dark intelligent, inquisitive eyes at a reasonable price. Maremmas.

Besotted, I delved further into the breed which it happens is two thousand years old. A dog bred to protect flocks of sheep from wolves and other predators in the Alps which border Italy and Austria. They are classed as a giant breed and the adorable puppies grow into huge, majestic adults. They’ve recently gained some notoriety from the film “Odd Ball”, the story of a Maremma which took to guarding an endangered colony of penguins on an island just off the Victorian coast. There have also been recent news items about poultry farmers using Maremma to fox proof their chickens. During my study of the breed, I learned they are fiercely protective of their flocks and you need to watch your p’s and q’s if you come across them while tramping through the Alps or a chook yard. I spoke with the breeder and she sent many adorable pictures of the three pups she had left from her litter of eight. I questioned her about their suitability in an urban environment explaining we had a large yard and a strip park along the creek running behind our house for plenty of daily exercise. She assured me that other pups had gone to similar homes and there had been no trouble so far.

Next thing I was off to NSW with a pocket full of cash to collect our beautiful pup having told Angela I was going for business. Leaving at 3am I arrived back that night at 10.30 with her birthday surprise. And what a surprise it was. Positively the most beautiful puppy we had ever seen. We immediately named him Yeti and settled into what we anticipated would be an idyllic existence with him. And for ten months it was.

Today a shade under a year later I fight back waves of grief and Angela pushes traumatic memories into the farthest recesses of her mind.

From March of 2020 both Angela and I have worked from home. She in a room to the left of the front door and me in one to the right. This arrangement coincided closely with Yeti’s arrival. At first, he was heavily socialised; obedience classes, cafés for brunch, lots of family and other visitors to the house. He delighted everyone and was delighted by everyone. As COVID-19 took hold of the year we were plunged into long periods of lockdown with restrictions on movement, socialising and numbers allowed at gatherings. Yeti was walked everyday along the creek and reserve which runs behind our fence, with (when permissible) frequent trips to the local beaches. He showed little interest in the chooks we hoped he’d adopt as his flock and each day would station himself at the front door between our offices and keep and eye on the street, barking at any strangers or unexpected activity. For this he was always praised and reassured. He showed no other sign of aggression to anyone who came to the house. Yeti was unruffled by other dogs, our grandchildren (frequent visitors) or anyone we allowed to cross the threshold.

Late November Yeti turned 1. The photos I took that day show a beautiful, healthy, happy boy. A few days later I tied Yeti on a long rope in front of our house to be with me while I worked in the garden. Owen from next door who Yeti had met several times approached and Yeti began to bark aggressively and pull on the rope. Owen spoke to him calmingly and reached out to pat his head. Yeti gave a guttural growl and snapped at his hand. As Maremma are classified a “Giant” breed we were advised to delay his sterilisation for up to two years but following this incident we decided the time had come for de-nutting. With Christmas fast approaching we delayed this to early January in 2021. Two similar incidents occurred over the Christmas period with him showing aggression to my elder son and Angela’s brother visiting from interstate.

Early January, I took Yeti to the vet for his procedure. The snarling and aggression began when the receptionist went to scan his microchip and got worse when the vet tried to examine him and administer a sedative injection which seemed to have little effect on 40kg of angry hound. Muzzled, he was led away. We received a call to come and get him. Everything had gone well but he would not now let any of the vet staff near him and I had to go to the back room and retrieve him from his pen.

Yeti seemed to settle down after the operation. We put a conscious effort into increased socialisation with both people and other dogs. In early February our four-year-old grandson Alfie and his Mum were visiting and had been in the backyard enjoying a lovely warm day. All humans and dog came in to Angela’s office. Alfie and his Mum were seated on a couch with Yeti sitting in front of Alfie, Angela standing beside Yeti patting his head. Alfie commented how soft Yeti’s fir was and reached out to touch him. Yeti went nuts, leaping up and standing over Alfie snarling, baring his fangs, and snapping at him. Had it not been for the two women in the room dragging Yeti away and protecting the child, Alfie would have been seriously mauled around his face and throat. Angela, who pulled the dog away is still severely traumatised by the incident. The attack was so random and brutal that she feels Yeti can no longer be trusted and worried even for her own safety.

Through the kindness of strangers, Yeti is now hundreds of kilometres away on a rural property learning to become a livestock guardian, narrowly avoiding euthanasia. The fact is though that he is an innocent and not to blame for what happened. I am.

Due to isolation and lack of socialising caused by two extended lockdowns in Victoria, Yeti had adopted Angela and I as his flock. His instinct finely honed over 2000 years is to protect his charges.

Everything Yeti did was because of his devotion to and love for us. We cannot know what was going on in his head when he attacked. Probably nothing, I believe it was completely instinctual. Something in the movement of Alfie’s hand triggered an instant, instinctive reaction to perceived danger directed at Angela. Whatever the cause it cannot be allowed to occur again.

You may know my mind

But you’ll never own it

You may have my heart

I freely give it

I will walk with you

When you make a stand I will fight

You are my life

I am now in my late 60’s. I’ve owned, trained and cared for dogs all my life. In Yeti I found a depth of emotional and spiritual connection that I have never experienced before. He has an independence and intelligence about him that is unique. He wanted to partner rather than obey. A Maremma’s strength of character has evolved from long cold days in the Alps guarding their flocks. They do not wait to be told there is danger, they instinctively recognise and eliminate it.

So, despite Yeti’s devotion to us and my respect and love for him I have abandoned and betrayed him. I’m told that I have done the best I can by him and that the alternatives were worse, but I cannot reconcile and accept this. The bond we share is not broken. I know he waits for me to come and collect him and will his whole life.

Most nights Yeti stalks my dreams. He walks out of the bush and barks at me to follow. He strolls the beach with my deceased father and bounds up to me. He sits before me and puts his paw on my knee. Yes, I know they are dreams but they are mutually dreamed dreams Yeti and I share. 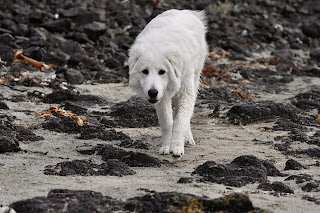 Posted by Eccentric Owl at 7:49 PM No comments: 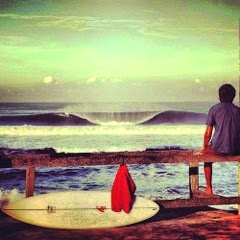 Posted by Eccentric Owl at 4:08 AM No comments:

We are sent
A tide each day
It washes in
It takes away
There is an end
To every start
You can hold the love
But not the heart
Life is carried by
A Summer breeze
To which we all
Must be released
Life is fragile
Light and fine
Let it float away
Like dandelion ...
Love is not
A prisoner of time
1/1/2014
Posted by Eccentric Owl at 1:35 PM No comments: 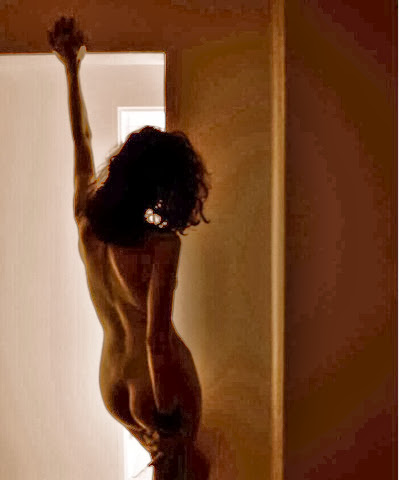 Posted by Eccentric Owl at 2:56 AM No comments:

Posted by Eccentric Owl at 11:04 AM No comments:

She trails a stick behind her
Walking on the foam where
Waves meet the sand
Bares her youth in her belly
Flat, feminine and tanned
Hidden behind shades I
Pretend not to see
She flashes a smile
I know
She sees right through
Old fool me 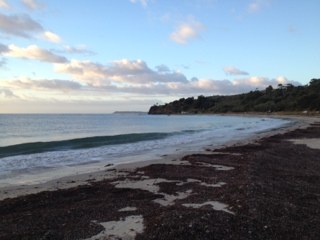 Posted by Eccentric Owl at 10:00 PM No comments:

Sing honestly sweet angel
Part the veil and draw me in
Your song echoes in the chambers
Of the night
Chant a new and haunting mantra
Engrave it on my heart
Weave of me a dream before I
Merge into the light.
14/12/12 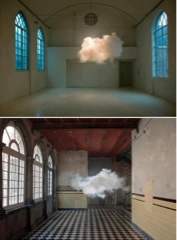 Posted by Eccentric Owl at 10:19 PM No comments: